AC/DC star Brian Johnson has shared that he fought to control his hearing loss with the help of monthly meetings with an ear expert who used the bone structure in his skull as a receiver.

The Thunderstruck singer was forced to step away from the band during the Rock or Bust tour in 2016 after doctors told him he was putting his hearing at risk if he continued.

AC/DC drafted Axl Rose as a replacement as Johnson headed home and started a long process of restoring his hearing.

“It was pretty serious,” the rocker told Rolling Stone.

“I couldn’t hear the tone of the guitars at all. It was a horrible kind of deafness,” he revealed.

A hearing specialist visited him once a month with a contraption he insisted would help Johnson at least get back in the studio.

“The first time he came down he brought this thing that looked like a car battery,” Johnson explained.

“I went, ‘What in the hell is that?’ (the specialist) said, ‘We’re going to miniaturize it’,” Johnson continued, reflecting that the process took two and a half years of monthly sessions.

“We’d sit there and it was boring as s**t with all these wires and computer screens and noises. But it was well worth it,” he concluded.

Johnson kept his bandmates up to date with his progress and when AC/DC founder Angus Young decided it was time to regroup for a new album, the singer was raring to go.

“It was with the boys in full battlefield conditions and it was smashing, brilliant,” Johnson added, “I felt like I was a kid again.” 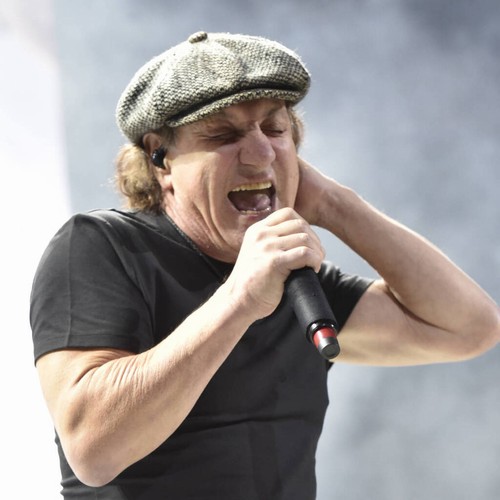