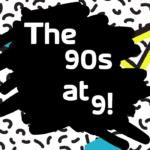 Raise a bowl of Lily’s Kitchen to Winston, South Yorkshire Police ‘s Animal of the Year 2020.

After sniffing out millions of pounds of drugs he left the force to become a specialist detection dog.

But he rejoined last year – on condition he could have more tennis balls to fetch – to plug a staffing gap.

PC Schofield said: “Some of his career highlights include recovering over £700,000 worth of cocaine in one find and several hundreds of thousands of pounds of cash including £150,000 that was hidden in a cellar and finding firearms buried underground.

“In addition to this, he has located shell casings and firearms for forensic opportunities in serious shootings and murder investigations.”

As well as police horses, the force has 23 dogs which are trained to chase criminals or find drugs, cash, weapons and missing people.

PC Schofield said: “Over the years Winston has clocked up numerous detections of weapons that have been used in serious offences as well a huge amount of drugs we have seized from organised crime.

“Every day he comes to work with a smile on his face ready to search and find, work is one big game to him and he does it all for a ball.

“Winston has been back in action for nearly a year now and for the foreseeable future he will continue to work, he’s great at his job.”

Supt McCurry said: “We recognise the efforts of our officers and reward them for going above and beyond in their roles, I think it is important that we also recognise the value that animals bring to policing.

“I am pleased to award PD Winston with his trophy today. Congratulations to not only PD Winston but also PC Schofield, who Winston takes his direction and command from, excellent teamwork.”

Inside the Museum of Haunted Objects, home to UK’s most haunted doll