Demi Lovato has reflected on her shock split from ex-fiance Max Ehrich in a new ballad all about self-love.

The Sorry Not Sorry singer reportedly dumped Ehrich last week, and the actor, who has been filming a new faith-based movie on location in Georgia, subsequently took to social media to claim he had learned all about their breakup “through a tabloid”, as he pleaded with Demi to answer his calls and “forgive” him so they could reconcile.

The pop star has yet to address the broken engagement, but on Wednesday, she dropped a new song which appeared to hint at her feelings about the end of the whirlwind romance.

She teased the release of Still Have Me in a Twitter post late on Tuesday, writing, “Music is always there for me… song in the am (morning)”.

The ballad features the lyrics, “I’m a mess and I’m still broken/But I’m finding my way back/And it feels like someone’s stolen all the light I ever had/It hurts to breathe/I don’t have much, but at least I still have me/And that’s all I need.”

According to TMZ sources, Demi wrote the song a few months ago but reworked some of the lyrics in the wake of her newly single status.

It appeared Demi’s representatives were caught off-guard by the surprise release as they scrambled to make Still Have Me available to stream and download on platforms like Spotify, Apple Music, and Tidal.

Reacting to the song post on Instagram, her manager Scooter Braun commented with a red heart icon and added: “Now let’s just get it up on streamers”, alongside a smiley face with sweat emoji.

Lovato and the former The Young and the Restless star Ehrich became engaged in July, just four months after they started dating. 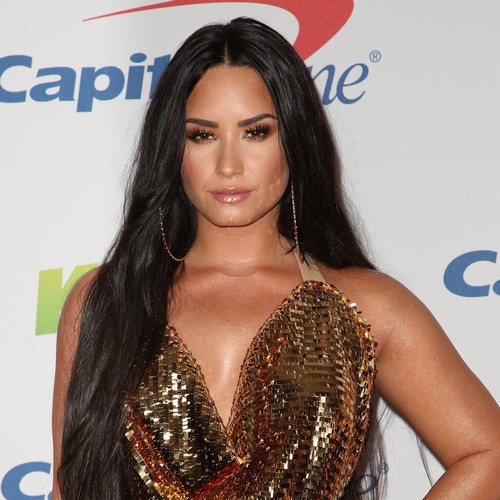