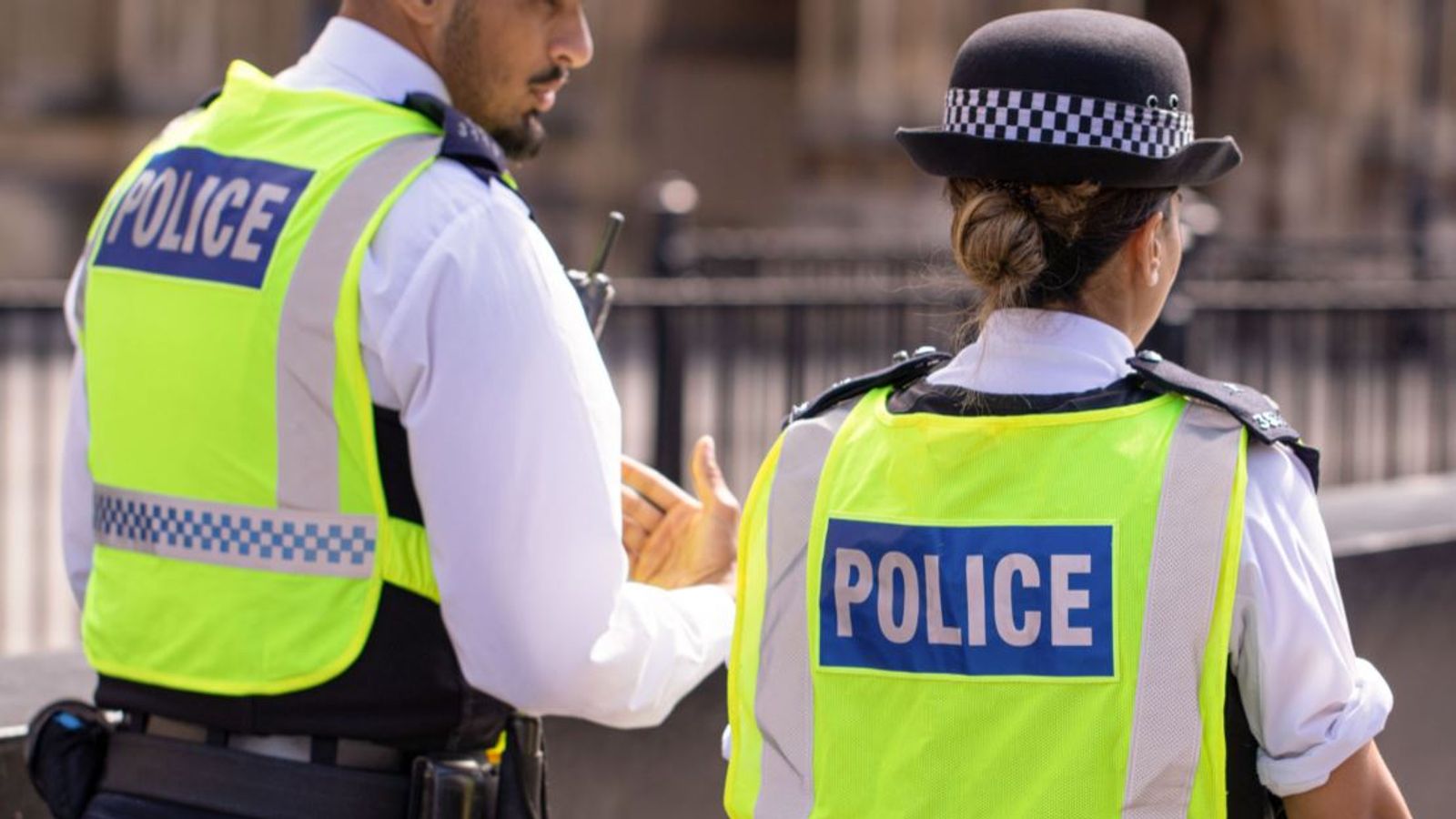 Dedicated coronavirus police patrols are being put on across Devon and Cornwall to stop people breaching the new tier system from Wednesday.

Devon and Cornwall Police have confirmed “up to 10 additional dedicated double-crewed units” will be made available across both counties whose “sole purpose will be to respond to COVID-related matters”.

A force spokesman told Sky News the extra patrol cars are for “public engagement and reassurance”.

Cornwall is the only area of mainland England going into Tier 1 on 2 December, which means residents can mix with other households indoors and drink in pubs without ordering a “substantial meal”.

But despite them sharing the same police force, Devon will be placed in Tier 2, which means stricter rules around pubs, restaurants and socialising indoors.

Under the new tier system, it would be illegal to travel to an area in a lower tier to take advantage of lighter restrictions.

News of the patrols come after reports that people living in England tried to cross the border to go shopping and visit family across the border in Wales during lockdown.

The funding for the extra patrols in the South West will last until the end of March next year, the force said, which is when Prime Minister Boris Johnson initially said the tier system would elapse.

He has since promised unconvinced MPs there will be another vote in January, which could see tiers relaxed on 3 February.

Today MPs will vote on the tiered system replacing the national lockdown, which, despite a Tory rebellion and Labour and the Lib Dems threatening to vote against the government, is likely to pass.

A Devon and Cornwall spokesperson said in a statement: “Following their successful use earlier in the year and as part of the COVID surge funding that the force has received from the government, Devon and Cornwall Police have made up to ten additional dedicated double-crewed units to be available to patrol at various locations across the force area.

“Their sole purpose will be to respond to COVID-related matters and these vehicles are additional to current response levels.

“Funding of these units remains in place until the end of March 2021, but their use will remain under constant review and will naturally reflect the localised situation and tier that the government has placed our area within.”