Debbie Harry: ‘I wish I was more like Cardi B’

The star’s chart-topping hit with Megan Thee Stallion has been subjected to criticism for its overtly sexual lyrics, with the title an abbreviation for Wet A** P***y – but the hitmakers have a fan in Blondie frontwoman Debbie who “loves” the track.

“Cardi B is outrageous and she’s overtly sexual, so Wet A** P***y is quintessential Cardi B,” says the Rapture star during an interview with NME.

“It’s very sexy and hot and naughty – perhaps even dirty – and the good thing is it hasn’t been censored,” she went on.

“At first I was going: ‘Wow, I wish I could do something like that’, knowing full well that I couldn’t. But I wish I could!”
The success of the hit was thanks in part to its star-studded video, featuring an array of famous faces including Normani, Rosalia, Rubi Rose, Sukihana, Mulatto, and Kylie Jenner in a mansion that features butt sculptures, breast fountains, tigers and leopards.

Reflecting on the criticism the mum-of-one received over the tune and its accompanying visuals, Debbie insisted: “Everybody has to say something. If there’s something to be said, someone will say it. Whether you agree with it or not is another story.”

Cardi has repeatedly defended WAP and stated during in an interview on Australia’s The Kyle and Jackie O Show: “It’s like, no of course I don’t want my child (two-year-old daughter Kulture) to listen to this song and everything, but it’s like, it’s for adults!” 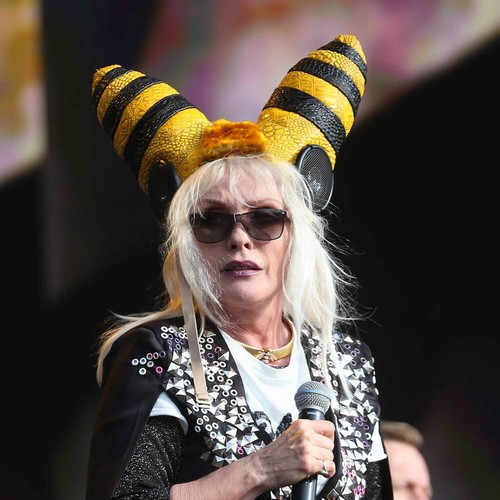