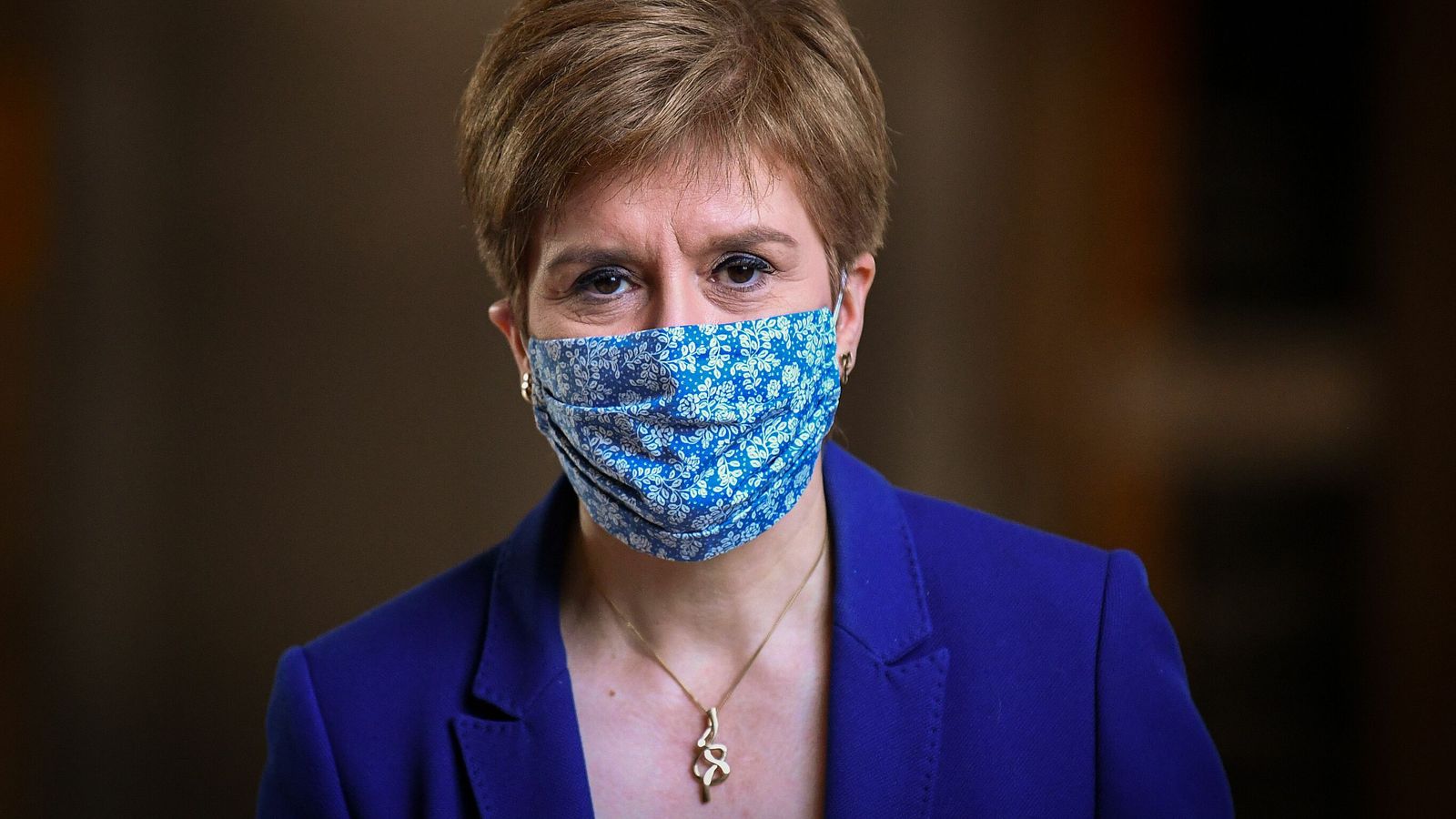 Nicola Sturgeon has called for clarity over whether the furlough scheme will be extended beyond 2 December in Scotland if needed.

Scotland’s first minister made the call after Communities Secretary Robert Jenrick told Sky News’ Kay Burley it would be a decision for the chancellor to take after the nationwide lockdown in England ends at the beginning of December.

The day before, Prime Minister Boris Johnson said if other parts of the UK needed to go into measures that required the furlough scheme it would be available to them “not just now, but, of course, in the future as well”.

But less than 24 hours later, Mr Jenrick said: “What we’ve said is we’ll continue to say the furlough scheme is UK-wide.

“It was always UK-wide and we want it to continue to be in the future.

“So, if it’s necessary to be unemployed again then that’s for the chancellor to look at.

“But, everybody throughout the UK today can be assured that furlough at 80% will be available until 2 December.”

When asked if the furlough scheme will be extended to Scotland beyond that, he said: “That’s a decision the chancellor will have to make.”

Live traffic updates as Doncaster road closed in both directions

‘One more thing’: What to expect from Apple’s surprise event