‘Tough Guys Die First’ is the new indie-rock banger from Plymouth-based quartet Chay Snowdon. Taken from the band’s highly anticipated debut EP ‘Are You Sitting Comfortably? (Then We’ll Begin)’, the song is a fast-paced, punchy ode to the bad guys of Hollywood cinema. Having spent his early years living in the Almeria province of Southern Spain, a hub for the filming of classic Spaghetti Westerns, Chay developed a love for the seminal films of this genre and became fascinated by the stereotypical ‘bad guy’ characters. ‘Tough Guys Die First’ explores the persistence of the bad guy, even when they know they’ll get what’s coming to them in the end!

The band features the anthemic riffs of Jack Hawkins on lead guitar; the thick and simplistic bass lines of George Roach; the strong, powerful drumming sections of Luke Westwood, which, when put together, provide a sublime wall of sound for Chay Snowdon to add his chugging rhythm guitar and uniquely powerful vocals. The EP was recorded at Cornwall’s Sawmill Studios and produced by John Cornfield (Muse, Supergrass, Razorlight).

The official video was shot by the band at Brunel Studios in Bristol during the filming of a live session performance. As Chay explains, “we took loads of footage over two days, but when it came down to the final edit we decided a punchy, fast- paced live vibe was certainly the way to go.”

Chay continues, “every individual shot of each band member was all filmed in one long continuous take, apart from mine because I had a take one with a guitar and one without. So the whole video is comprised of five shots.” 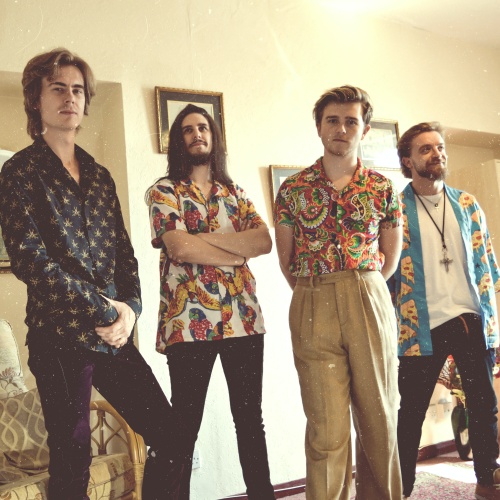 R number edges down slightly to a maximum of 1.1

WHO advises against drug Trump took to treat coronavirus