Chance the Rapper almost starred in a McDonald’s Super Bowl ad, but issues regarding payment forced him away from the project.

Bosses at the fast food chain previously partnered with Travis Scott for a commercial campaign and are now working with Colombian reggaeton singer J Balvin.

However, taking to Twitter, Chance warned other talents against working with officials at the eatery, revealing he was in line to star in a coveted Super Bowl advertisement but turned down an offer over a money dispute.

His revelation came as designer Joe Freshgoods, who previously collaborated with McDonald’s for a capsule collection, first weighed in on the Balvin collaboration on Twitter.

When one user responded to the news, writing, “Now J Balvin x McDonald’s got 1.? @JoeFreshgoods was wayyyy ahead of time,” Freshgoods replied: “They just used me to see if it could work and I proved it could.”

Inserting himself into the conversation, Chance tweeted: “I was supposed to do a superbowl commercial with (McDonald’s)… They played wit the money and when I said no, they hired a fake me.”

While he didn’t specify the year he was supposed to be involved, fans speculated he was referring to a 2017 McDonald’s Super Bowl ad, in which a rapper makes an appearance and rhymes about a Big Mac.

According to Complex, Chance previously tweeted McDonald’s saying they should do business in 2014. Eventually, Chance did appear in a Super Bowl ad in 2019 – but for Doritos, alongside the Backstreet Boys. 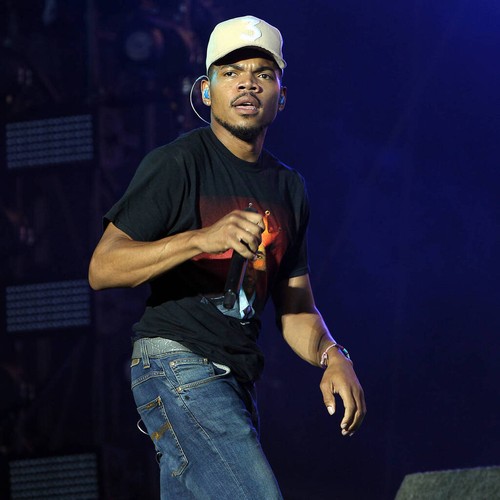