Cardi B has apologised after she and estranged husband Offset supported a fundraiser for Armenia without recognising the country’s conflict with Azerbaijan.

The WAP hitmaker shared a voice note on Twitter admitting the pair “didn’t do their research” after their real estate consultant asked them to “post something for a cause, for a good cause, for Armenia”.

“We were trying to sell a property that we have in Atlanta… and our consultant is Armenian and he was really in distress because he was saying there’s a lot of terrible genocides going on in his country. We said, ‘Sure, why not? We love to support everybody’,” she shared, insisting she had no idea the post would be deemed offensive.

“And then I wake up and I see a lot of people from Azerbaijan writing me things, writing me stuff, and I did not know that this is a war between two countries. My wish is, since I did a little bit of research today, ’cause you guys left me so much comments, my wish is that both the countries would just be at peace.”

“I hope just peace over there. I’m not picking sides, I love both the countries,” she continued, before adding: “I’m sorry that I offended anybody, that is not my style, I don’t like that type of stuff… we just really wish peace, and that’s it.”

The Bodak Yellow star isn’t the only star to speak out on the conflict – Elton John has also issued a call for peace, admitting he’s “deeply upset to see that military conflict has broken out in the region between Armenia and Azerbaijan after many peaceful years”.

“I’ve personally visited both countries and was welcomed so warmly,” the Rocket Man star added on Instagram. “It’s devastating that many lives have been lost on both sides – my heart breaks for the affected families. I‘m praying for an end to the violence for both countries.” 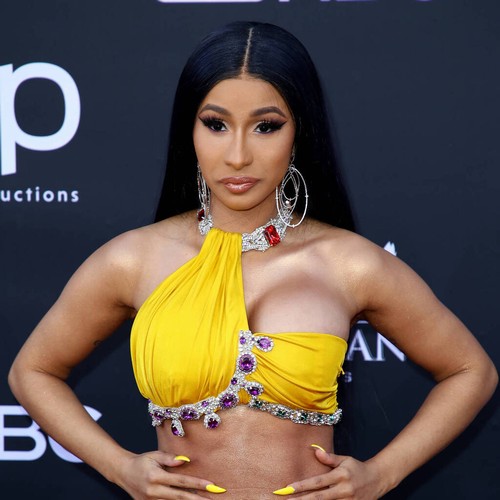