Cardi B: ‘It’s not fair that female rappers are under so much pressure’

Cardi B has insisted the double standards between female rappers and their male counterparts in the music industry are “not fair”.

The Bodak Yellow star spoke to SiriusXM on Wednesday and explained why she’s taking her time in between dropping songs.

“Female rappers, y’all, they are always in mad pressure,” she explained. “If you don’t have a super crazy smash, it’s like oh, you flop, flop flop. The song could be like two-times platinum and it’s still flop, flop, flop. You’re always under pressure, and I feel like it’s not fair.”

“I feel like there’s male artists who go two years without putting a f**king song out and they don’t go, ‘Oh, you’re irrelevant. It’s over for you’,” she continued. “Me, I didn’t put out songs for nine months and it’s like, ‘Oh, she’s irrelevant. She’s over. She’s a flop. We told you that.'”

And despite the comments “starting to get to” her, Cardi insisted that she’s “not going to put out a song that I’m not really in love with just because”.

It took a year after Cardi released Press in 2019 before she dropped WAP – her chart-topping collaboration with Megan Thee Stallion. However, the 27-year-old added that the break was entirely intentional, as she said: “At one time, I felt like I was putting out too much music and I took a little break”.

But, throughout the break, the rumours kept going, with Cardi facing speculation that she was having issues with her record label.

“Throughout this whole time people were making rumours like, ‘Oh she’s having problems with her label,’ ‘Her label is shelving her,’ ‘Her label is tired of her and they’re getting more female talent,'” she recalled. “It’s like, no, they never tired of me. Labels, they want you to put music out. That’s what they love. They want you to put music out all the time, all the time.” 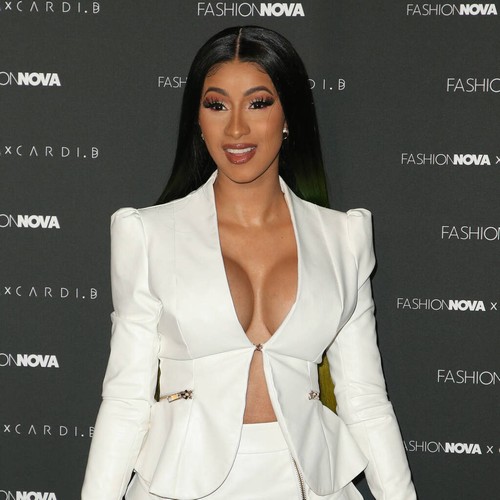 Netflix releases pictures of Chadwick Boseman in his final role