Cardi B has sparked rumours of a romantic reunion with estranged husband Offset after giving him a raunchy lap dance during her birthday celebrations in Las Vegas.

The Bodak Yellow hitmaker turned 28 on Sunday and celebrated by partying at a club in Sin City with a host of friends, including her WAP collaborator Megan Thee Stallion and singer Teyana Taylor.

However, there was one particular guest who caught fans’ attention – Migos star Offset, who presented Cardi with a luxury Rolls-Royce, featuring their daughter’s name, Kulture, embroidered on the seats.

In video footage posted online, the birthday girl appears overjoyed by the generous gift and climbs up onto the door frame to show off her dance moves, shaking her booty as Offset stands directly behind her before the stars share a kiss.

Other social media clips show the group continuing the party at a private rooftop pad, where Cardi was caught on camera straddling Offset as he lay flat on the ground, treating him to a sexy dance and accidentally flashing him with her breasts as the top of her bodysuit slipped down.

Their antics took place a day after Offset admitted he was “stressed out” as he confessed: “I miss MRS.WAP (sic)”, after responding to a fan’s comment about his appearance in a post asking devotees to weigh in on what colour he should dye his hair.

Meanwhile, the new car wasn’t the only gift Cardi received from her ex. On Friday, she posted a video clip of a massive billboard featuring her and two-year-old Kulture in matching pink outfits, sunglasses, and designer Birkin bags, with a message reading: “Happy Birthday Mommy Love, Kulture”.

Hinting the billboard surprise was courtesy of Offset, Cardi captioned the footage: “Thank you sir… I love it”.

Cardi stunned fans last month by filing for divorce to end their three-year marriage amid rumours of his infidelity.

In the Atlanta, Georgia court papers, she declared the union was “irretrievably broken” and insisted, “There are no prospects for a reconciliation”. 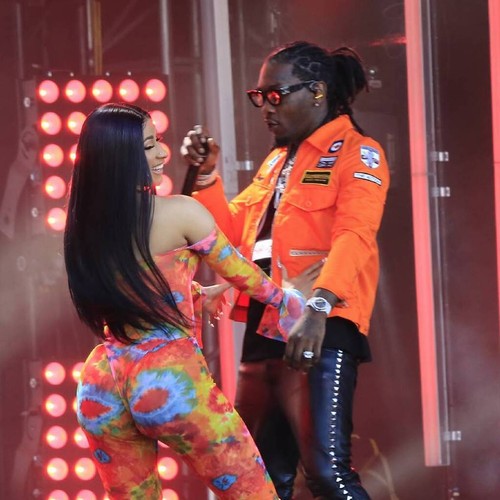 South Yorkshire will enter Tier 3 Covid-19 restrictions at 00:01 on Saturday. What does this mean for you?

What we know about the three-tier COVID-19 restrictions