Billie Eilish has debuted her video for new James Bond theme No Time to Die.

The Bad Guy singer performs the sultry song in a darkened studio in director Daniel Kleinman’s black and white promo, which was posted on YouTube on Thursday as footage from Daniel Craig’s final outing as 007 flashes around her.

The song was produced by Billie’s brother Finneas and the siblings still can’t believe they got the chance to compose and record a Bond theme.

“It feels crazy to be a part of this in every way,” Billie explains. “To be able to score the theme song to a film that is part of such a legendary series is a huge honour.”

Her brother adds, “Writing the theme song for a Bond film is something we’ve been dreaming about doing our entire lives. There is no more iconic pairing of music and cinema than the likes of Goldfinger and Live and Let Die. We feel so so lucky to play a small role in such a legendary franchise, long live 007.”

The new Bond movie will hit theatres from 12 November and Billie will be joining 007 star Daniel for a ‘James Bond Day’ special on America’s The Tonight Show Starring Jimmy Fallon on Monday. 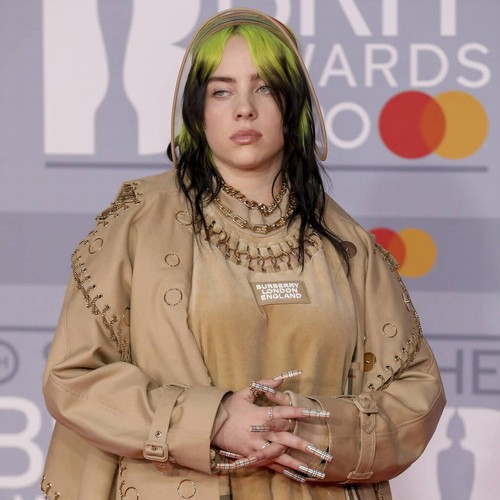 On the way from 10am today, Stuart will be here with Mid Mornings getting you through your working morning till 1pm.

He will have all the latest Showbiz, Sport and Business news as well as playing 3 hours of great music plus telling you how you could win a Rother Radio mug, coaster and pen with the "Stuarts Coffee Break" competition.

Listen via the website: www.rotherradio.co.uk or just as your smart speaker to play Rother Radio.

Louis Tomlinson has been “cooking” up new music in lockdown