50 Cent’s ex-girlfriend Chelsea Handler has offered to cover the rapper’s tax payments if he votes for Joe Biden in 10 days.

The In Da Club hitmaker drew heat earlier this week after confessing he would be voting for Republican Donald Trump to regain his seat as U.S. President on 3 November, because Biden’s proposed tax hikes for the wealthy will turn him into “20 Cent”.

“WHAT THE F**K! (VOTE For TRUMP)” he wrote on Instagram, along with a graphic showing Biden’s tax proposal from TV news show Power Lunch on CNBC.

“I don’t care Trump doesn’t like black people 62 per cent (in taxes) are you out of ya f***ing mind,” he exclaimed.

Handler was quick to respond to 50’s initial endorsement for Trump, joking: “You used to be my favorite ex-boyfriend” on Twitter.

Now she’s offering to take care of his tax woes herself if he’ll change his mind.

Handler wrote: “Hey f**ker! I will pay your taxes in exchange for you coming to your senses. Happily! Black lives matter. That’s you, f**ker! Remember?”

50 Cent has yet to respond.

50 is one of only a few celebrities still backing controversial Trump – Republicans Kirstie Alley, Roseanne Barr and Scott Baio have also made it clear they’ll be voting for the President. 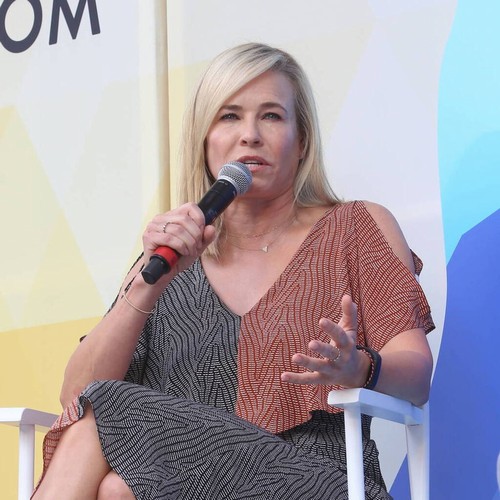 Trump v Biden: The key moments from their final debate