Little Mix star Jade Thirlwall fell for her new boyfriend Jordan Stephens after discovering he had donned drag for a movie role.

The Shout Out to My Ex hitmaker and Rizzle Kicks musician reportedly became close after exchanging messages during the U.K.’s Covid-19 lockdown and went public with their relationship at a Black Lives Matter protest in London over the summer.

In a chat with drag legend RuPaul Charles, published in Cosmopolitan magazine, Jade revealed that seeing Jordan play a drag queen in the 2019 film Tucked made her certain she’d found her dream guy.

“It’s really important for me that whoever I find relationship-wise loves drag culture,” she explained.
“When I first started talking to my boyfriend, I discovered he did a movie where he played a drag queen and I was like, right, that’s it,” Jade declared.
She enthused: “He’s perfect. Sign me up! A straight man who’s willing to dress in drag and loves being queer and feminine.”

The star’s choice of man isn’t the only thing inspired by her love of drag culture – as she also takes style inspiration from watching RuPaul’s Drag Race show.

“When I first started watching Drag Race, I was telling my stylist, ‘I want hip pads. And I want this to be cinched. And I won’t be told otherwise!” Jade recounted.

“I’ve never looked back because I’m quite rectangular and I’ve got little boobies. But I’ve learned to embrace that, and that’s what drag culture is about. A bit of padding goes a long way on stage,” she mused. 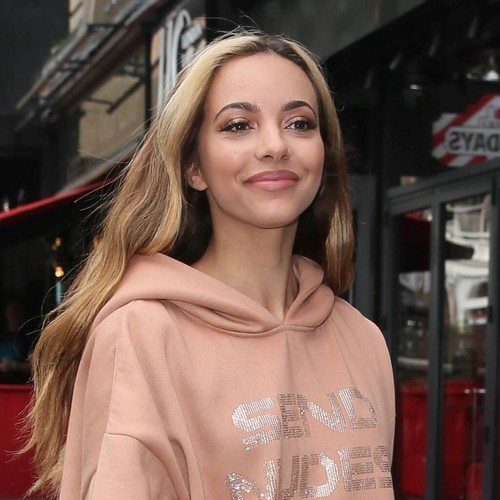